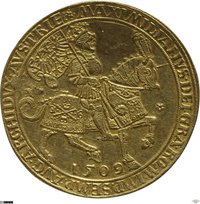 "Maximilian I (22 March 1459 – 12 January 1519) was Holy Roman Emperor from 1508 until his death. He was never crowned by the pope, as the journey to Rome was always too risky. He was instead proclaimed emperor elect by Pope Julius II at Trent, thus breaking the long tradition of requiring a papal coronation for the adoption of the imperial title. Maximilian was the son of Frederick III, Holy Roman Emperor, and Eleanor of Portugal. He ruled jointly with his father for the last ten years of the latter´s reign, from c. 1483 to his father´s death in 1493.

Maximilian expanded the influence of the House of Habsburg through war and his marriage in 1477 to Mary of Burgundy, the heiress to the Duchy of Burgundy, though he also lost the Austrian territories in today´s Switzerland to the Swiss Confederacy. Through marriage of his son Philip the Handsome to eventual queen Joanna of Castile in 1498, Maximilian helped to establish the Habsburg dynasty in Spain, which allowed his grandson Charles to hold the thrones of both Castile and Aragon." - (en.wikipedia.org 22.10.2019) 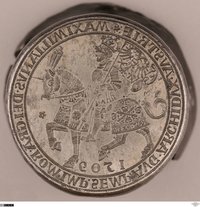 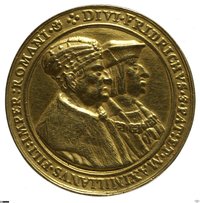 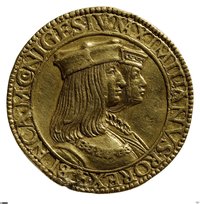 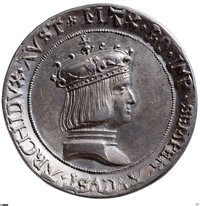 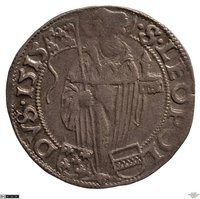 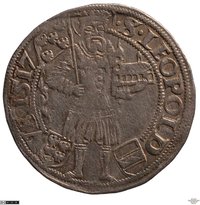